The Model of Success 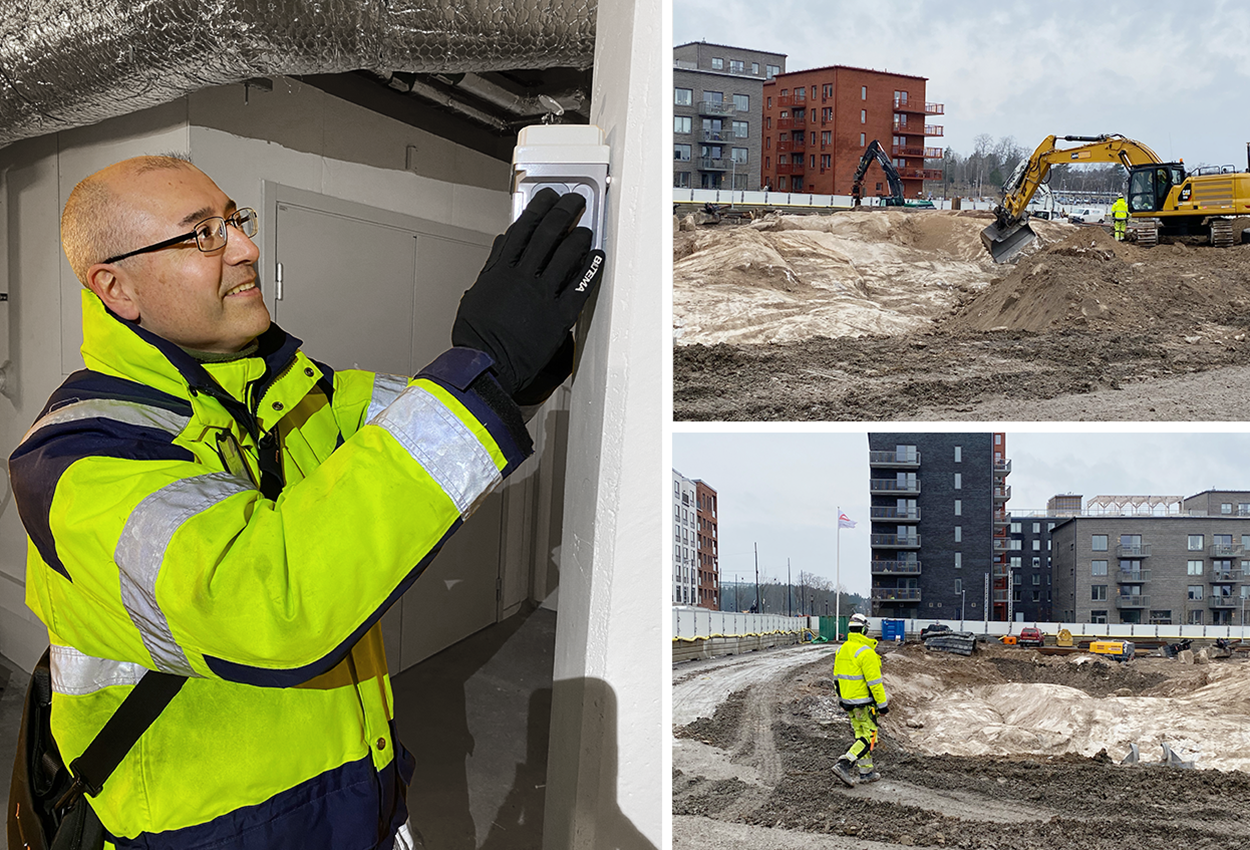 Täby Park, just north of Stockholm City, is one of Sweden’s largest urban construction projects. There are plans to build a total of 6000 environmentally smart residences. The first blocks were ready during the summer of 2020, as eight different construction companies continue to build the additional blocks with condominiums and tenancies. The development includes several offices, stores and restaurants, schools and daycares, retirement homes, and a public recreation.

Christian Ekström, supervisor and inspector at Ekström Konsult:
”Viktor Hanson construction company will shortly start blasting and piling, for an additional residential block right across the street. On their behalf, we’re mounting a total of six vibration monitors. Two monitors here in JM’s block, another four in two adjacent Skanska-blocks and a transformer station.” 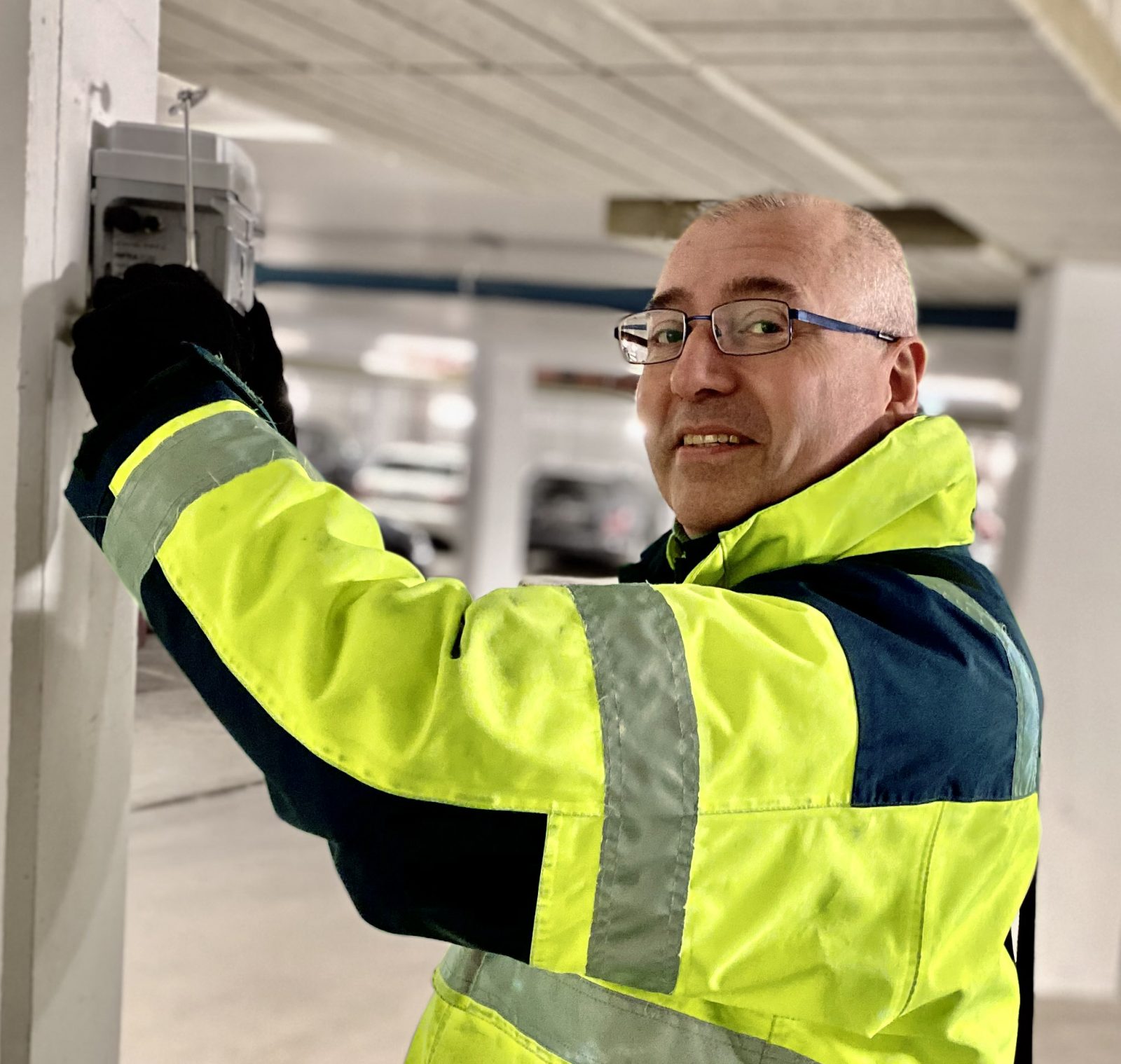 The vibration monitors are connected to the web-based INFRA Net. The system has an alarm function where SMS can be sent directly to key project personnel. Advanced analysis and reporting for the project can be performed from the office in Tumba.

We have a routine of changing the batteries in the monitors every three months, and we inspect the equipment every two weeks. In between visits the system pretty much takes care of itself. We get data and reports when we need them. That way we have full control, and can use more of our time for problem solving and consultation with the customers, says Christian Ekström. That’s a very important part of our successful model.

”We first arrived at this area in 2017 or 2018. By then it was completely empty and Skanska was going to blast for the establishment of work booths”, says Christian Ekström: ”No one exactly knows what it will look like going forward, but we have good cooperation with several of the construction companies and after four years we’ve gotten to know the area quite well.”

The blasting and piling in the Nor block are expected to be completed shortly. However, some of the monitors will remain for some time to measure any vibrations from construction traffic on the adjacent road.

”The monitors are in place, and we have inspected all homes and other premises in the neighboring properties to document any existing cracks or other damage”, says Christian Ekström. ”It’s part of the routine. Later, the development will monitor the traffic and if the residents in the area complain about noise and vibrations.”

Täby Park is a development project in collaboration between JM and Skanska. The area is expected to be completed in 2045 and will occupy an area equivalent to two Gamla Stan districts in Stockholm. It is located right next to Täby Center on the land that was previously occupied by the Täby gallop track.

S Ekström Konsult performs risk analysis, before and after inspections of properties and surrounding areas, vibration measuring, damage control, and vibration damping in conjunction with fieldwork.