Sigicom hosted the first edition of the INFRA Golf Masters 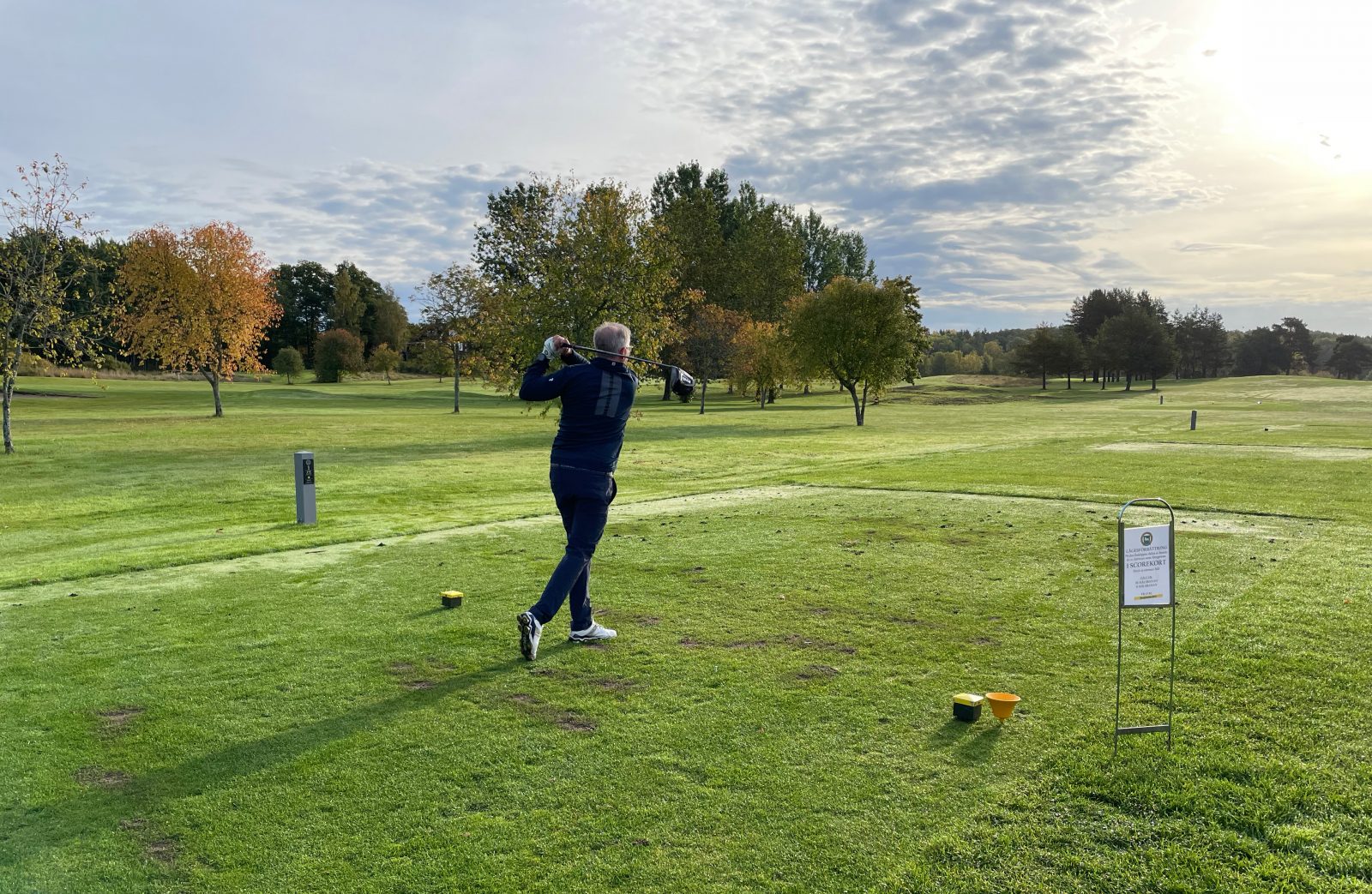 Around 20 golfers gathered early in the morning at Viksjö GK, just north of Stockholm, while the mist was still laying thick over the greens. Among the competitors were representatives from several talented companies in the business of environmental monitoring.

Johan Lindberg, a specialist in blasting and vibration technology at DMTK, was one of the competitors.

– I don’t play golf that often so my focus will rather be on how many balls I manage not to lose. What I enjoy most about being here today is the social aspect. Among the players here today there are quite a few that I work with but rarely meet, so it’s great to be here today, says Johan Lindberg.

Johan is currently working on the expansion of Stockholm’s subway network and spends much of his workday analyzing measurement data in INFRA Net, Sigicom’s web based data visualization platform. During the past year, Sigicom has developed a platform for INFRA Net with which Johan is very familiar.

– I work solely in the new INFRA Net. I like to work from the map view right away, and if there’s anything I need, I can just call Dan or Roger. I really appreciate that I can have that kind of relationship with Sigicom.

On the driving range next to Johan, Robin Madsen is also warming up for the morning’s upcoming shotgun start. Robin lives in Dalarna, but every other week he is in Stockholm to work with the new subway as a blasting technician at Itinera. Large projects regarding the construction of new stations along the track await Robin and his colleagues. Robin is a seasoned golfer who plays as much as his time allows, and although the day offers a lot of fun, he sees a lot of other value in being there as well.

It’s great to meet people in the industry who work in slightly different areas than yourself. Here you get the chance to make new contacts that can be useful if you need help at some point. Meeting people like this is usually a good way to get new perspectives on problems that may arise, says Robin Madsen.

While some participants didn’t travel more than a couple of kilometers to get to Viksjö GK, some traveled a bit further. Tero Mäkinen, CEO of Taratest, has come over from Tampere, Finland with a couple of his colleagues to participate in the INFRA Golf Masters. They have come to visit one of the industry’s largest exhibitions, Bergdagarna, at the Stockholm Fair on September 28-29. Taratest has around 250 measuring instruments from Sigicom with which they carry out sound and vibration measurements in many different projects.

– I have worked with Sigicom for seven or eight years and been over to Sweden many times to meet Roger Lindstrand, Torbjörn Rehnström, Geoffrey Rigsby, and the others. We work with Sigicom’s products daily and are very happy with them. It’s been a while since our last visit so it’s great to be invited here today. I look forward to talking to more people and expanding my network. If there will be a golf competition next year, we will of course be there, says Tero Mäkinen.

Just before nine in the morning, the competition started with a shotgun start and after all the groups had finished their 18 holes, it was time for lunch and a prize ceremony in the clubhouse. The winner of the day was Tobias Holmqvist from Hansa Vibrations & Omgivningskontroll. Big congratulations to Tobias for his victory, and a warm thank you to everyone who was involved and made the very first INFRA Golf Masters such a successful event!