Will the thrill of flying have the cinema dying? 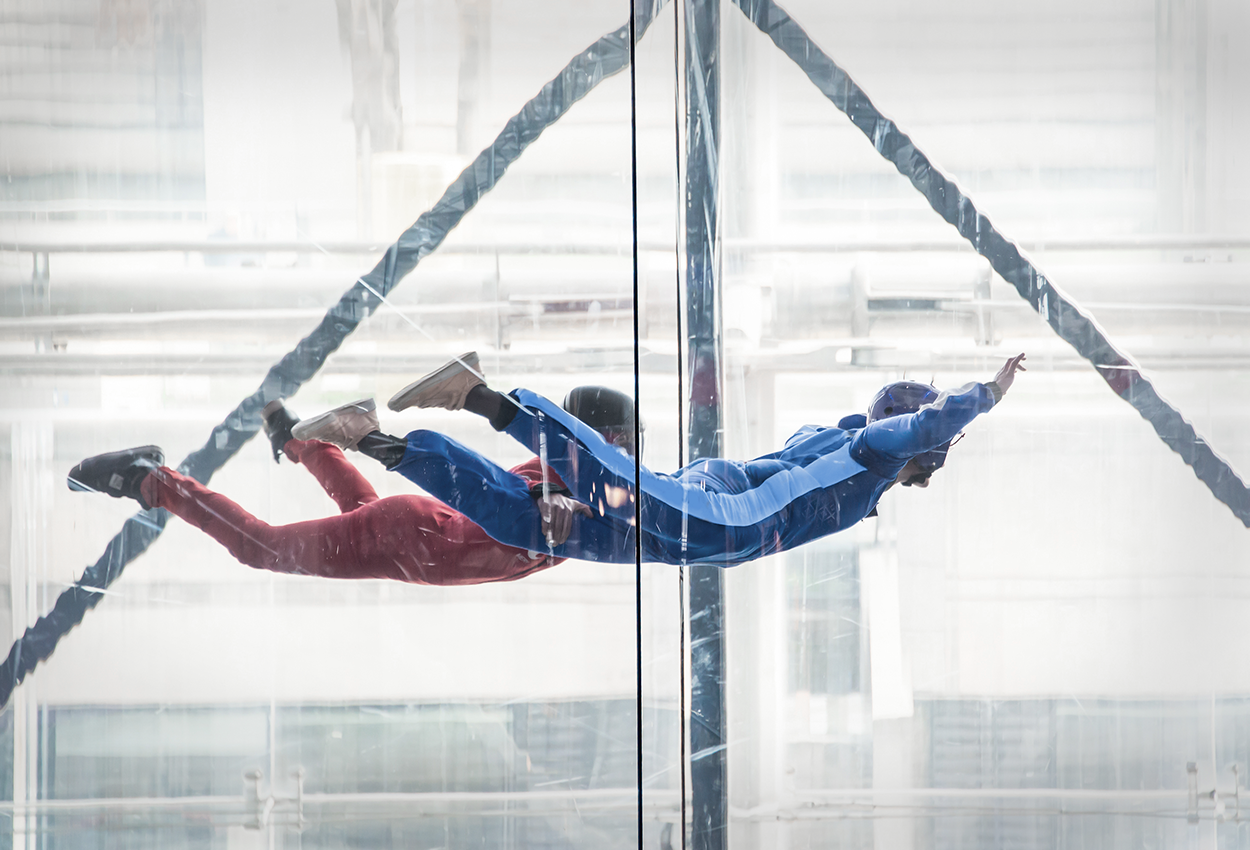 Located in Copenhagen, right by the Ørestad Metro Station, Fields is one of Scandinavia’s largest shopping and entertainment centers with more than 120 stores, 24 restaurants and leisure activities, including a large cinema area. In tune with the global customer experience trend in the world of retail, the number of leisure activities is being expanded in 2018, including the very exciting iFly Indoor Skydiving concept. Fields had some 8.2 million visitors during 2016.

The building designed to house the iFly Indoor Skydiving concept will be placed directly adjacent to the existing cinema. Both buildings sit on top of a huge subterranean parking garage.

The owners were concerned that potential vibrations from the iFly building might disturb the cinema’s high-quality sound and projection system next door even though iFly’s concept includes state of the art vibration damping of their equipment. To evaluate that risk, a specialist team was called in from NIRAS, a leading Danish consultancy company specializing in engineering and professional services. One of NIRAS’ vibrations experts engaged in the Fields project, Christian Asbjørn Andersen, says:

NIRAS’ technicians conducted these field tests during two days, measuring horizontally as well as vertically induced vibrations within the 5 to 15 Hz range, with 0.5 Hz intervals. The results were then thoroughly analyzed by NIRAS’ engineers using state-of-the-art digital technology.

Some frequencies resulted in considerable resonance outdoors, but could not be felt inside the cinema building, says Mogens Saberi, another member of NIRAS’ team of vibration experts.
Some minor vibrations were picked up by the highly sensitive geophones, but would certainly not cause any problems for the cinema.

NIRAS A/S is an international consulting group with more than 2,200 employees. Headquartered in Allerød, Denmark the company has 51 offices in 27 countries in Europe, Asia and Africa. NIRAS provides engineering, planning, project management and other services for all aspects of the built environment, focusing on traditional construction projects as well as infrastructure, environment, climate and energy, and sustainable development consulting. The company is a member of the Danish Association of Consulting Engineers (FRI) and the International Federation of Consulting Engineers (FIDIC). 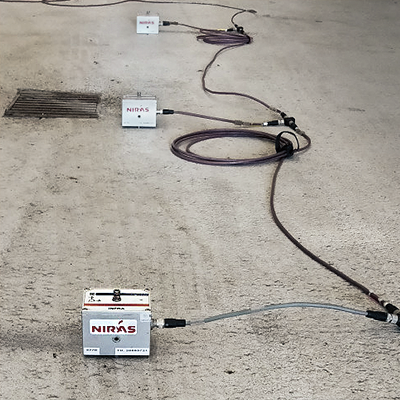 Sigicom´s INFRA V12 triaxial geophone, measures
according to many different standards. It is easy to
mount on wall or floor/ground.