How much noise can a real New Yorker take? 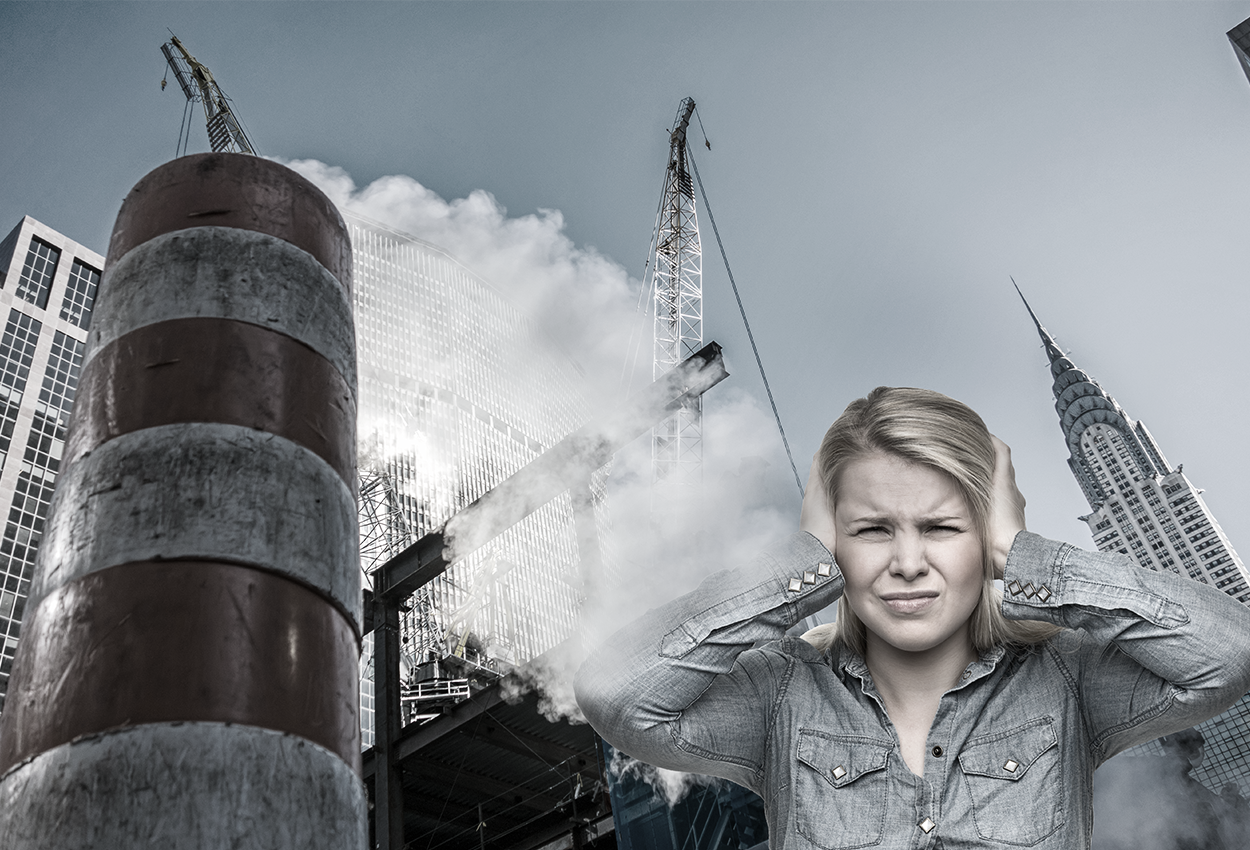 How much noise can a real New Yorker take?
A rapidly growing health problem, nationwide.

Noise is increasingly becoming a high profile problem particularly for dense urban areas such as New York where residential, transport and commercial activities rub shoulders. This issue has been highlighted in the recent The Washington Post article:

Excessive noise is becoming a major environmental and health problem, in the streets of New York, millions of people are exposed to noise levels that can sometimes reach 95 decibels. Increasingly recognized as an environmental problem and potential health hazard, the problem may be extreme in The Big Apple but it is an everyday reality all around the country.

Unhealthy noise emanates from a number of sources, including traffic, construction sites and industrial plants, and tends to get worse over time. In contrast aircraft noise has been significantly reduced since the 1970s due to quieter engines, according to the Federal Aviation Administration. But in cities like Washington, New York and Los Angeles, increasing helicopter traffic is actually causing major disturbances.

By international standards US noise regulations seem very forgiving. For example, the National Institute for Occupational Safety and Health has stated that workers can be exposed to up to 85 (!) decibels without risking hearing loss. In comparison, the noise guidelines set by the European Union state that steady, continuous noise should not exceed 50 (!) decibels in the daytime and considerably less at night.

Not entirely comparable parameters for sure, but considering that a 10 decibel difference represents a tenfold increase in intensity, the perceived difference deserves a serious discussion.

This is a rapidly growing problem, and not only in the major cities. There is a growing awareness in the industry, and today we are called in to measure disturbing noise, vibration and dust at construction sites across the USA.

Established in Sweden in the 1980s, Sigicom has developed professional measurement systems for the construction industry for more than 30 years. More recently the company has pioneered all-digital sensing technology, easy-to-use field equipment and remote control and information management systems.

Real health hazards
Relatively little research has been done on the long-term effects of excessive noise, but New York University is said to have a five-year study underway. In New York City the most frequent complaint to the local authorities is about noise, and potential health hazards go way beyond tinnitus and hearing loss.

City sounds can cause hearing loss, heart attacks and hypertension
Regular exposure to consistent elevated sound levels, for example around construction sites and other workplaces can also cause hypertension and ischemic heart diseaseas well as stress, aggression and sleep disturbance. In extreme cases, changes in the immune system and birth have also been attributed to noise exposure.