Vibration monitoring of a demolition project

Consulting and Assistance in Earthworks and Mining (CATM) were recently called in to consult on behalf of contractor GUINTOLI with a sensitive demolition project at the Orano Malvési uranium processing center in Narbonne, FR.

CATM was able to validate the proposed HRB method with their experience in assessing risks associated with demolition vibration. A plan for real time vibration monitoring was implemented in an adjoining sensitive building and tank structure. Two autonomous Sigicom INFRA C22 (triaxial vibration monitors) were placed for monitoring 2 and 5 meters from the HRB activity. Prior to demolition, a saw was used to cut an edge along the concrete slab, helping to limit the transmission of vibration into the adjoining structures. 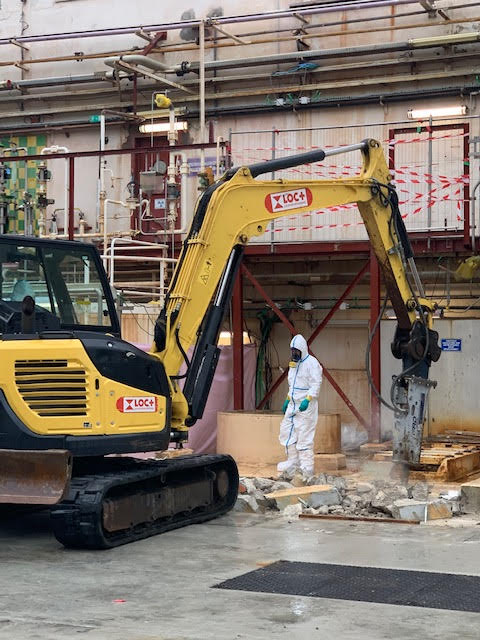 The first phase included the evaluation of the adjoining structure’s response from vibrations generated by the HRB machine. The INFRA C22 Vibration monitors were configured to measure low-level transient vibration events. This phase validated the safe use of the HRB and identified its vibratory signature in the structure. 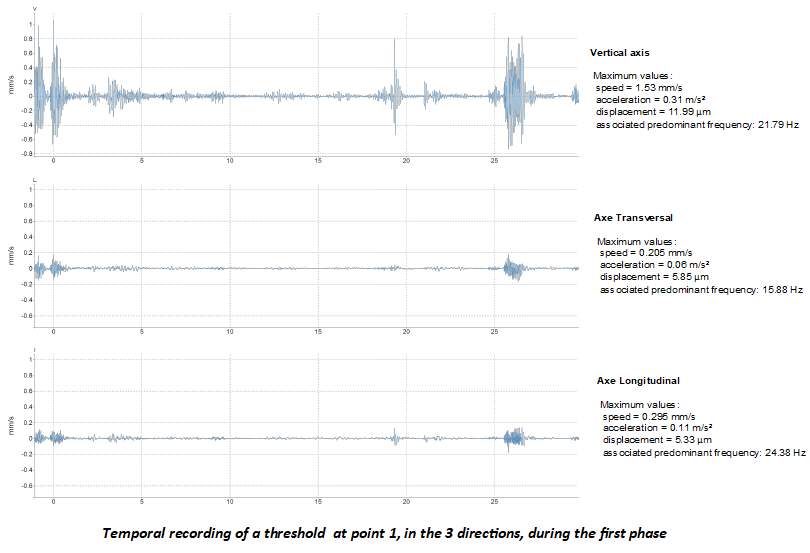 Once this assessment was complete, the active phase of demolition could begin. The INFRA C22 Vibration monitors were then configured for monitoring according to the standard, ICPE Circular 07/23/1986. Utilizing the Sigicom INFRA system, automatic alert notifications can be sent (via SMS or email) to key project personnel as a warning when vibration levels approach project thresholds. 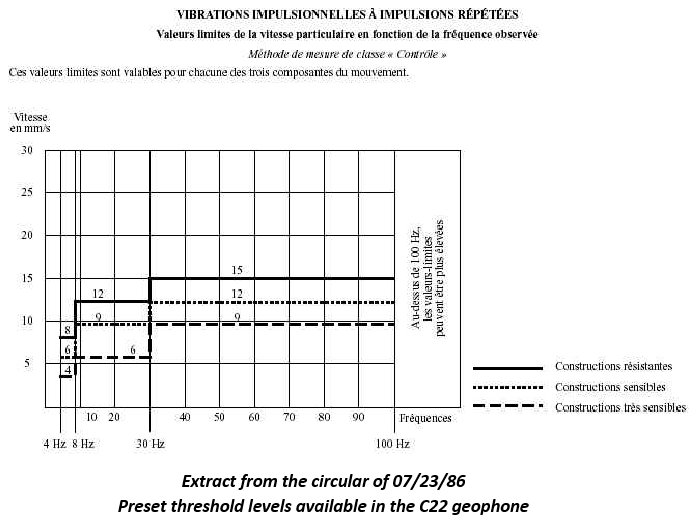 No vibration exceedances were measured, and no damages occurred to the sensitive structures and processing equipment during the demolition.

The implementation of the real time vibration monitoring plan allowed for the alternate HRB demolition method to be utilized successfully on the project. The project was completed in only three (3) days instead of the 1-month projection for the originally proposed method. This resulted in significant savings of time and money.